Olivetti M20 personal computer from 1982. Credit: Wikimedia (CC BY 3.0) FOMO, or Fear of Missing Out, is an important driver of social media. But the emotion of fear has also been a key factor in the spread of computers in the last century. During the Cold War, fear persuaded […]

In her research, Ginevra Sanvitale has given a prominent place to emotions such as fear, which, she says, play a key role in the way computers and their design are debated. This debate applies both to society at large and in the political realm, but have so far not been studied extensively by historians of technology.

“Yet, after a century of these promises, the contemporary world looks more politically complex and emotionally demanding than ever. Although we live in a tech-centered world, technology alone is not sufficient to explain or resolve our societal challenges.”

According to Sanvitale, “emotions,” “technology,” and “politics” are always profoundly intertwined. Her research is centered on a technopolitical configuration that she calls “the black box entanglement.” This configuration relied on the fear of falling behind during the Cold War to promote computer use, and on their design as “black boxes” that users could not study nor modify.

Marketing computers as black-box devices was a conscious design choice, states Sanvitale. “The design process includes only a limited number of actors, such as engineers and software developers, which reduces the space for democratic participation by citizens.”

Sanvitale’s thesis provides a case study on Cold War Italy (1965–1990). “The Italian context is a particularly fruitful place to investigate the intersection of emotions, technology, and politics, because of the variety of political debates that took place there during the Cold War,” says Sanvitale.

These debates, particularly those connected to the local socialist tradition, are also linked to Italy’s history of computing. Italy has an established and thriving left-wing hacking tradition, historically linked to its long-standing left-libertarian traditions.

Furthermore, the Italian Communist Party was foremost among the political parties in Italy in engaging in public debates on computers. It was also the largest communist party in the Western bloc and the one most openly critical of the Soviet Union.

Finally, Italy also had its own computer company, Olivetti, which despite its troubled history, was recognized both nationally and internationally as a pioneer. Its most famous CEO, Adriano Olivetti, is also known for his engagement with liberal-socialist politics.

What makes the Italian case most interesting is the fact that several local actors, such as hackers and open-source movements, opposed the Black Box Entanglement by mobilizing emotions other than the “fear of falling behind.” Rather than rejecting computers, as you might expect, they pointed at alternative technopolitical visions for the computer age.

In this way, they established what Sanvitale calls “technopolitical resonance,” which is a connection between historical actors based on common feelings and thoughts on the societal and political significance of technology.

As such, they played an important role in re-politicizing computer debates and design on the national and international level, which is still relevant today, according to the researcher.

“These movements present an alternative view of digital technology and social media based on individual autonomy, decentralized power, solidarity, and human-centered development. Their insights can provide an important alternative to the digital age as presented by the European Union, which still sees more technology as the only way forward,” says Sanvitale.

“This is particularly important in an age where we see an increasing use of smart algorithms that are not transparent. They are a new black box, just as the computer was during the Cold War.”

This document is subject to copyright. Apart from any fair dealing for the purpose of private study or research, no
part may be reproduced without the written permission. The content is provided for information purposes only.

Fri Nov 11 , 2022
On October 29, Wellesley celebrated the 40th anniversary of the Computer Science Department with an event in the Science Complex that included panels with professors and alums, expositions of students’ creative work, and virtual greetings from alums around the world.  With support from students and faculty, Eni Mustafaraj, associate professor […] 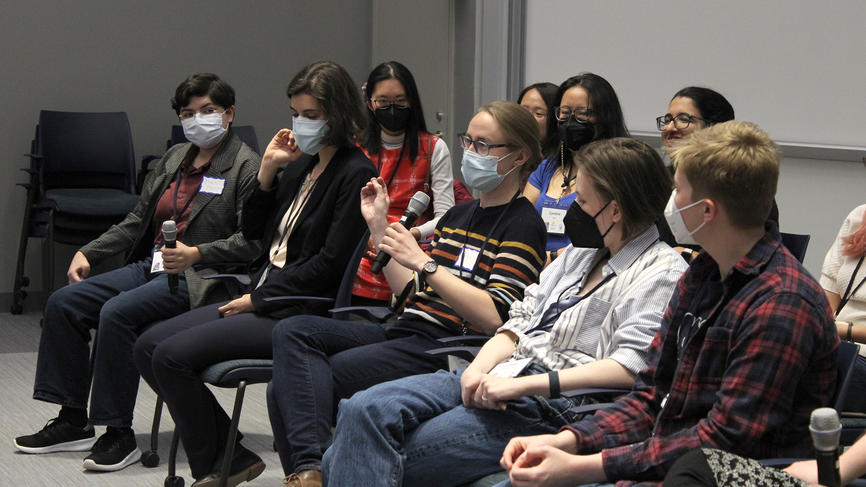