Mark Twain was an avid fan of technology. He was so enamored with new inventions that by 1894 he had invested $300,000 (seven gazillion bucks in today’s dollars) in a mind-bogglingly complex contraption called the Paige Compositor. The Paige Compositor was a bust, and Twain lost his entire investment. He […]

Mark Twain was an avid fan of technology. He was so enamored with new inventions that by 1894 he had invested $300,000 (seven gazillion bucks in today’s dollars) in a mind-bogglingly complex contraption called the Paige Compositor.

The Paige Compositor was a bust, and Twain lost his entire investment. He later wrote of its inventor, James Paige, “He could persuade a fish to come out and take a walk with him. When he is present, I always believe him; I can’t help it. When he is goes away, all the belief evaporates. He is a most daring and majestic liar.”

I, too, am prone to embracing the latest technology. As such, I can feel Twain’s pain.

The arrival of the Computer Age was supposed to alleviate much of mankind’s suffering, especially the agony caused by our species’ tragic lack of a built-in spellchecker. Like the Paige Compositor, the principles behind computers look great on paper. Like the Paige Compositor, computers are so mind-numbingly complex that nobody can understand them.

Computers are wonderful until they don’t do what you want. When they fail to do what you think you have told them, it can lead to outbursts of profanity that would make a pirate’s parrot blush.

Take what happened to me recently. Some while ago, my employer decided to switch its email host from a local company to almighty and all-knowing Google. I was fine with this. The only problem was that the email program I was using refused to do the switch.

The program in question is called Windows Live Mail. It’s a reliable program, albeit old enough to have been used by Fred Flintstone.

Microsoft quit supporting Windows Live Mail around the end of the Ice Age. I didn’t care as long as the program kept on sending, receiving, and storing my emails.

When I tried to sign up to use Google as an email host, it wouldn’t allow me to do so because it sensed that my Windows Live Mail account was still active. I was instructed to delete my old account and told that everything would automatically and smoothly migrate to Google.

As we know from nature documentaries, migrations often don’t go as planned. There are always a few wildebeest that didn’t put on their water wings before trying to cross a raging river, some male caribou who get lost because they refused to ask for directions.

In an effort to complete the transfer, I did as instructed and deleted my work Windows Live Mail account. I then signed up for the Google service, expecting everything to be there.

None of my past emails and none of my email addresses made the jump. They seem to have gotten lost somewhere in cyberspace. It was as if an entire sky full of migrating snow geese had simply evaporated into the blue.

“You fool!” you are thinking, “You should have backed up everything before you attempted to make the switch!”

But I had. Everything was backed up at three separate sites in “the cloud.” But it seems that if you delete it here, it’s also automatically deleted there.

Several agonizing hours were spent frantically trying to retrieve my old emails. I was attempting to do the level of computer-based stuff beyond the ken of mere civilians. It’s like being told you have to assemble an automatic transmission before you can drive a car.

I tried the “system restore” feature but it was a no go. I called my local computer repair guy who said that my files were likely permanently gone. It’s bad news when the magician tells you he’s out of tricks.

At one point during my increasingly desperate efforts, my computer screen filled with strange new icons, each a shortcut to an email. Where the heck are my desktop icons? The number and volume of imprecations uttered could have stripped the rust off an old plow.

I wasted an untoward amount of time and effort getting rid of the nuisance shortcuts. It’s a sign of how dire things had become that I danced a jig when my computer desktop looked normal once again.

This isn’t the first time – and probably won’t be the last – that I’ve sacrificed too much time at the altar of high technology. As techno whiz Mr. Spock once said, “Computers make excellent and efficient servants, but I have no wish to serve under them.”

Jerry Nelson and his wife, Julie, live in Volga, South Dakota, on the farm that Jerry’s great-grandfather homesteaded in the 1880s. Daily life on that farm provided fodder for a long-running weekly newspaper column, “Dear County Agent Guy,” which become a book of the same name. Dear County Agent Guy is available at workman.com/products/dear-county-agent-guy.

these researchers want to fix it

Sun Oct 23 , 2022
Computer scientist Juan Gilbert has been working to make his field more diverse. Juan Gilbert felt alone as he pursued a PhD in computer science in the 1990s. It was a familiar sense that had followed him throughout his university years, as a student from modest means and the first […] 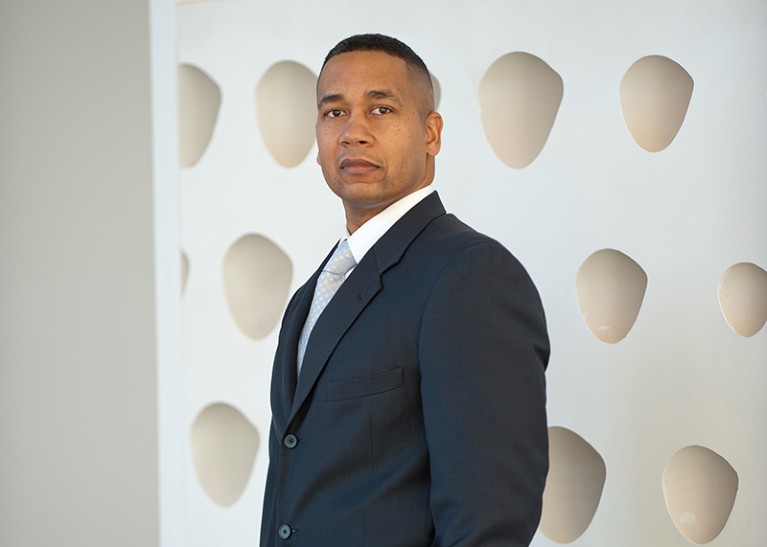